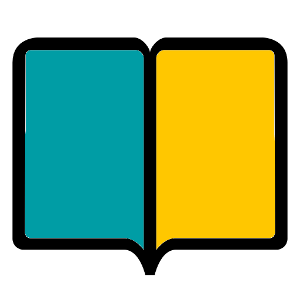 Facilitating conversations about God with people who speak English as their second or third language.

I never know when God is going to give me an opportunity to talk with someone from another culture about Jesus.

I was sitting in the department store, while my wife was shopping for shoes.  My feet were tired, so I pulled out my phone to continue reading Voyage to the Center of the Earth.

Right then another gentleman sat down right across from me.  Like me, his feet were tired.  Unlike me, he didn't have anything to read.

We started talking and I soon learned he was from the Ukraine and in my country for a work holiday.  I told him I was working on a phone app that had something in his language. He expressed an interest and so I scrolled through my app looking for Ukrainian.  Not there.  But I did have Russian.  He said that was good enough and so we began looking at the screen.

Two languages side by side.  Easy for both of us to read and discuss.

Now the app is ready for you.  Over 75 languages.  All based on the Four Spiritual Laws by Bill Bright, but with cultural adaptations for different language groups.

Each tract is back-translated from the other language, preserving the cultural adaptations that the tract has already gone through. This gives you the correct logic, relevant issues, and appropriate Bible verses for each culture. Connect people worldwide through the websites each tract recommends. Our internet evangelists are ready to answer their questions in their heart language. 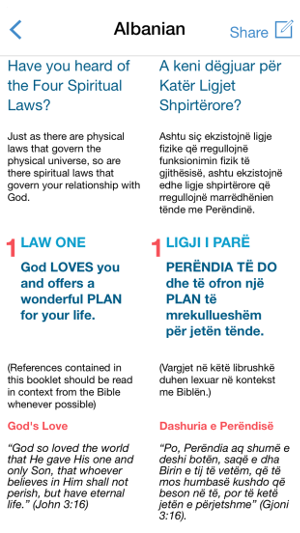